Just finished this one, a tearout of most of the exisiting landscape and new drystacked fieldstone retaining walls and  plantings.

Deer are a huge issue in this neighborhood, so selecting deer-resistant plants was a must. It’s apparent that the deer population is getting out of control, because at this house I saw evidence of two plants, widely regarded as ignored by deer- Rhododendron and Aucuba Japonica- severely munched on. One of the plants I used- that I consider to be an under-used gem of a plant- is the Japanese Plum Yew (in this case, Cephalotaxus harringtonia var. ‘Prostrata’). It’s similar in habit to a Weeping English Yew (Taxus baccata ‘Repandens’), but the needles (fronds? leaves?) are larger and longer. Most importantly, they have a reputation as a plant that deer hate to eat. 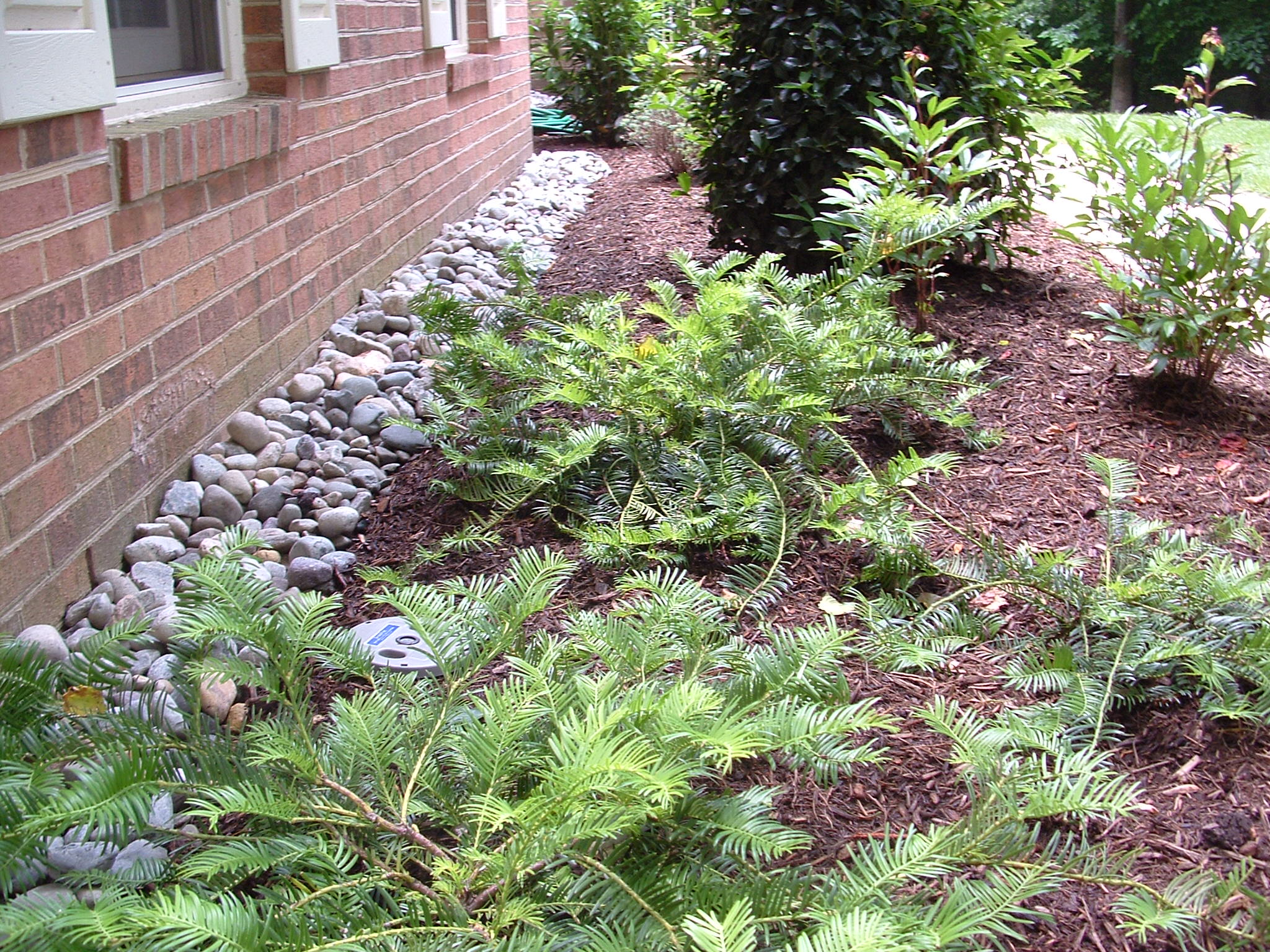 You may also wonder, how did that stone retaining wall get installed if the site was so flat? Well, the grade at the sidewalk remained the same, and we built the stone wall at the edge of the bed. Then we just brought in enough topsoil to raise the grade to the wall, and sloped it gently back to the sidewalk. It allowed us to add the wall and gave us a nice raised planting space, that should drain a lot better than the native soil already on site.

Any questions, let me know!