Hmmm…. What kind of plant can we put in that deep, dark corner of the yard over there? A question many of us ask ourselves time and time again when designing outdoor spaces, because finding plants to fill the gloomiest corners and deepest shade areas can be the ultimate challenge for gardeners and landscape designers alike. Few plants can withstand the lack of light these dim spaces provide, making the list of awesome possibilities not particularly long.But fear not! The Japanese Plum Yew is here! Deer resistant and varying in form depending upon cultivar (‘Fastigiata’ is tall and slender while ‘prostrata’ is low and spreading), the Japanese Plum Yew can fulfill all your shady needs. Photo by Lazaregagnidze CC BY SA 3.0

A flat-needled dioecious (separate male and female) conifer shrub with rich dark green coloration, the Japanese Plum Yew (Cephalotaxus harringtonia) is a great plant to fill the shadiest portions of your landscape. As an evergreen it provides year-round blessedly green interest even in the gloomiest months of winter, and female shrubs produce small fleshy fruits that look very similar to tiny plums (hence the common name Japanese Plum Yew). Heck, the fruit is even edible. Resembling a plum in structure, the flesh is said to be thick, juicy and sweet with a delicate hint of pine. Don’t forget though, as a dioecious species, fruit production does require the presence of both male and female representatives within close enough proximity for pollination. 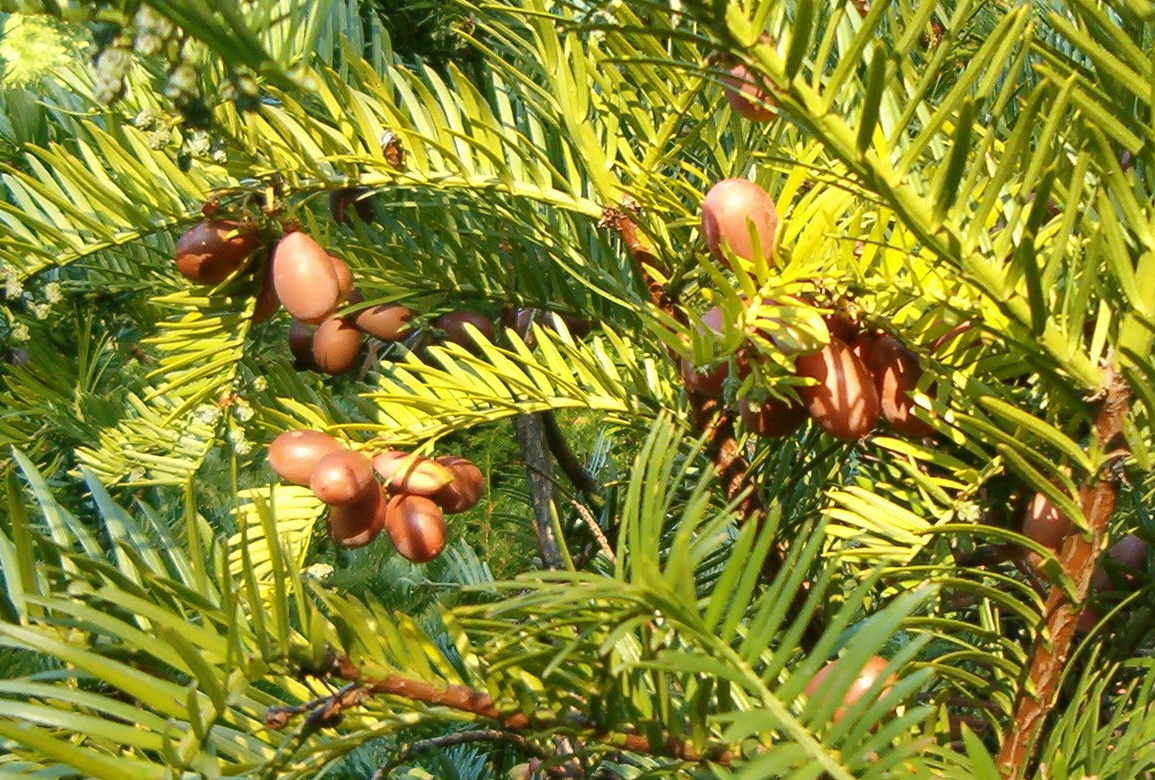 Japanese Plum Yew (Cephalotaxus harringtonia)is a medium-sized dioecious coniferous shrub native to shaded woodland areas in Japan, grows best in zones 6-9, reaches a height of 5-10 feet with a spread of 5-10 feet, grows quite slowly, prefers moist, sandy well-drained soils, flourishes best in partial sun to full shade, is highly tolerant of shade, heat, and drought, works well as a hedge, foundation planting, or accent, and is named for its edible tiny fruits which resemble miniature plums.

Need a plant for deep shade and year-round evergreen interest? Try the Japanese Plum Yew! You won’t be disappointed (and it’s tasty too). To find out how the Japanese Plum Yew can fit into YOUR landscape, call us today at 703-679-8550 to set up a personal consultation.